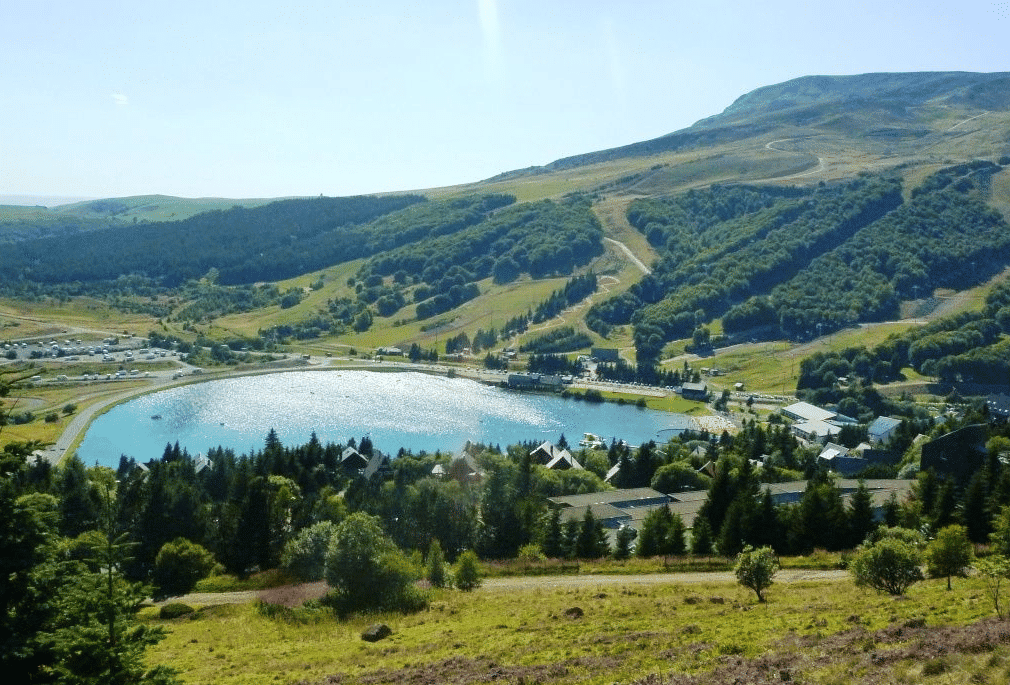 Besse, a resort on the slopes of the Sancy massif

Super-Besse is a region bordering Mont-Dore. It is a ski resort located in the heart of the regional natural park of the volcanoes ofAuvergne in the department of Puy-de-Dôme, in the region of Auvergne. With the only exception that it is located in the commune of Besse-and-Saint-Anastasie.

Moreover, Super-Besse is located not only on the slope of Puy Sancybut also on the one of Puy-de-la-Perdrix and Puy-Ferrand. In this sense, this locality is located at 50 km from Clermond-Ferrand.

Like Mont-Dore, Super-Besse has a climate mountainous. In this case, winter can be both cold and icy depending on the weather. Moreover, this region has a favorable relief for all summer and winter activities.

Among them are the track of downhill accessible from the Puy de la Perdrix, the bicycle park located in the heart of the forest and the Kid’Zone which is a space dedicated to very young cyclists. To satisfy the amateurs of excursions, the area also proposes a circuit of ballad Cross-country mountain bike. This system not only allows you to explore the unknown landscapes of the Super-Besse in a fast time, but also to perform various tricks while riding his bike.

In addition, it includes various devices allowing theexploration of the region as the crow flies such as 4 chairlifts, 1 funitel of 20 seats and 16 lifts. Apart from the slideThe region also offers some snow activities such as snowshoeing, snowscooting and fantasy sledding.

The resort of Besse Super-Besse in some figures

Map of the ski slopes of Besse Super Besse

Besse in 19 Questions and Answers

The resort of Besse super Besse is a resort very rich in activity, especially in winter it offers activities such as:

Luge : This activity offers you a sledging course. It will allow you to enjoy the joys of sliding alone or with your family in complete safety.

Hiking : This activity allows you to enjoy all that the nature of the resort of Besse super Besse has to offer. You can observe the fauna and flora of the resort.

Adventure Park: This activity offers a park equipped with a slide, bowling and all sorts of other fun activities.

Tyrolean traverse: you can also do the Tyrolean in full safety. You can enjoy all the pleasures of the Tyrolienne and thus make the full of strong sensation.

The resort of Besse super Besse also offers many summer activities such as:

Water sports center You can swim, pedal boat, it even has a beach. This activity is perfect for all those who like to play in water.

Hiking Hiking : you can also enjoy the nature of the station Besse super Besse in summer. You will be able thanks to this activity to discover its fauna and its flora in full safety on a way marked out.

MOUNTAIN BIKE This activity allows you to ride your mountain bike down the slopes of the Besse super Besse area. You can then enjoy its vegetation and its relief.

Tennis Tennis: you can also enjoy a tennis court for all fans of the genre. You can spend time with friends and family.

Among these places that you should absolutely visit in Besse super Besse, we can mention : The Couze, the Lake Pavin, The paths of the wolves, The Chaudefour Valley.

The ski area of the resort of Besse super Besse has a size of 84 kilometers, divided into 27 tracks. It also has 118 kilometers of cross-country ski trails.

This domain has an altitude between 1350 meters and 1850 meters high.

Their packages start from 34 euros per day, and 182 euros per week.

Yes it has a Bike Park, it measures 21 kilometers and has 7 tracks. The longest track is 8,8 kilometers long.

You can easily get there from the Clemant Ferrand train station. Then you just have to take one of the available shuttles to get to the station.

The station of Besse super Besse is located in the department of Puy de Dôme.

The station of Basse super Besse is part of the tourist office of Super Besse. It is located at Rond-Point des Pistes, 63610 Besse-et-Saint-Anastaise, France.

Yes, there is a webcam, which you can find at this web address https://www.sancy.com/webcams/

You can find the latest weather report from the Besse super Besse station at https://meteofrance.com/meteo-montagne/besse-super-besse/630381.

In Besse super Besse, the ski lifts usually open the first week of December, until the beginning of April, but it all depends on the snow cover of the massif.

Yes, it is at the address 4 Rond-Point des Pistes, 63610 Besse-et-Saint-Anastaise, France.

What is skidata.io’s opinion about Besse super Besse?

In the end, skidata.io gives the average rating of 7.14/10 to Besse super Besse, which ranks it 102th in France. Its strong points are: the average snowfall, the size of the domain in relation to the rates, the evaluation of Internet users.