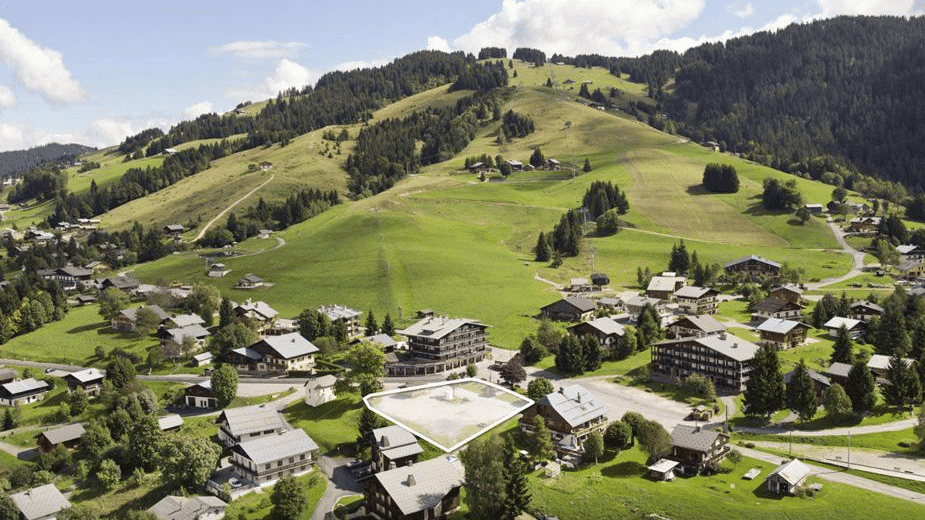 Being a winter sports resort of the Auverge-Rhône-Alpes region and the department of Savoie, Crest-Voland Cohennoz is in the ski area of the Espace Diamant. It associates two village-stations, one of which is part of the commune of Crest-Voland and the other one to the one of Cohennoz.

Perched at a altitude Between 1230 m and 1650 m, this ski resort is especially suitable for those who are new to this kind of activity. It has several lodgings and a comfortable level of sunshine. The slopes are equipped so that everyone can find comfort. The green and blue ones are the most suitable for thelearning.

A resort with a good reputation

Created in 1950, the station Crest-Voland Cohennoz is one of the most famous ski areas in France. Originally, it belonged to a company anonyme with 110 shareholders. The first ski lift was operational in 1951 and since then the station is constantly evolving.

In 1984, there was a merger between the ski areas Crest-Voland-Cohennoz and Les Saisies. Facilities were added as the resort expanded. Now the area is able to accommodate more than 7,681 tourist beds. These beds are distributed among the 1,355 establishments present.

A ski resort accessible to everyone

Whether it is for the beginners or for advanced skiers, the Crest-Voland Cohennoz resort offers free access. It is about 83 km from the airport of Chambéry and 97 km from Geneva, but it is also possible to reach it by road or by train.

It has 192 km of tracks which are shared with the four other village resorts in the same area. 30 of these runs are green, 49 are blue, 69 are red and the remaining 10 are black. Apart from these slopes, 82 ski lifts are also available.

The resort of crest-voland-cohennoz is a very rich in activities, especially in winter it offers activities such as:

Ski Skiing : the main activity in winter, our resort has several slopes that you can enjoy day and night assisted by a qualified staff.

Cooking lessons If you like cooking then this course will be enjoyable for you, taught by chefs you can learn new recipes.

Climbing and Tyrolean traverse Discover the spectacular scenery of the area by climbing or enjoy the panoramic view of the resort from the top.

The resort of crest-voland-cohennoz also offers many summer activities such as:

Kayak This activity is at the door of all in kayak land you will live an experience that you will never forget.

Swimming pools In the heat of summer, take advantage of the municipal swimming pool of Crest, swimsuits are available on site.

Among these places that you must visit in crest-voland-cohennoz we can mention : tower of Crest, stones and wonders, chapel cordeliers, art center of Crest, church saint sauveur…

The resort of crest-voland-cohennoz offers more than 30 restaurants among which we can mention : coeur alpin, le mazot, le nant cortet….

The ski area of the resort of crest-voland-cohennoz has a size of 192 kilometers, divided into 157 trails. Among these tracks, the longest is 2 kilometers and a Nordic ski track that measures 120 kilometers.

This domain has an altitude between 1230 meters and 2069 meters high.

Their packages start from 42 euros per day, and 219 euros per week.

NO crest-voland-cohennoz does not have a bike park.

You can easily get there from the Albertville train station or you can take a shuttle.

The postal code of crest-voland-cohennoz is 73400.

The station of crest-voland-cohennoz is located in the department of Haute Savoie.

The resort of crest-voland-cohennoz is part of the tourist office of the val d’Arly. It is located at 81 place bouloz, 73590 Crest-Voland France.

Yes, there is a webcam, which you can find at this web address https://www.valdarly-montblanc.com/fr/ete/pratique/webcams/

In crest-voland-cohennoz, the ski lifts usually open the first week of December, until the beginning of April, but everything depends on the snow cover of the massif.