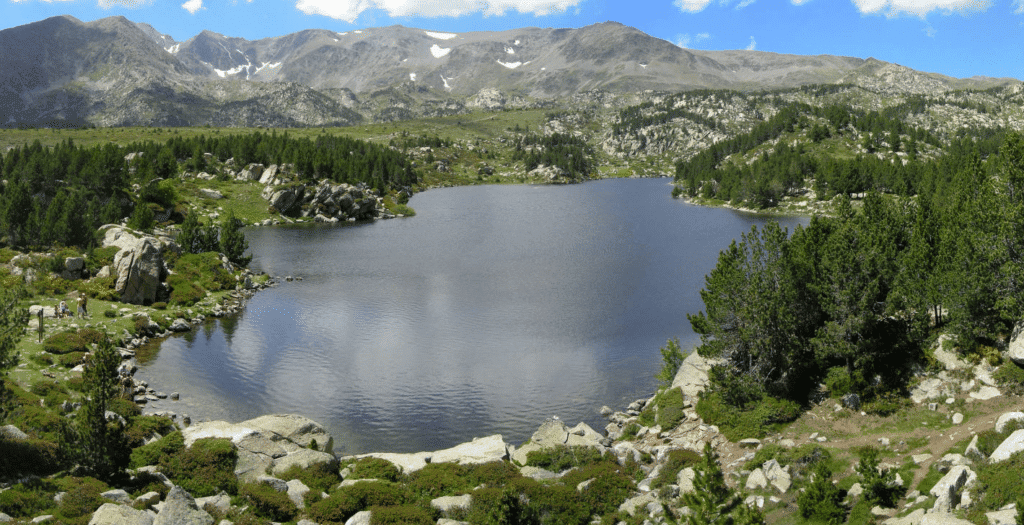 Font-Romeu, the sunniest resort in France

The ski resort of Font-Romeu Pyrénées 2000 is located on the vast plateau of the Cerdanya. It is located at 1800 m of altitude, in the heart of the Catalan Pyrenees and its particularity is its sunshine rate, more important than elsewhere. Indeed, it is the most sunny of France. It benefits from more than 3000 hours of sunshine per year and the icing on the cake, it also has a panorama breathtaking.

We have a breathtaking view of the massifs surrounding at more than 2900 m, including the Col Rouge or the Pic Carlit. Moreover, this station is also the cradle of our 2014 Olympic biathlon champion, Martin Fourcade. Perhaps that’s why the resort offers a new biathlon stadium (summer/winter).

One of the best European parks

The ski resort of Font-Romeu Pyrénées 2000 offers a Nordic ski park. There is no shortage of facilities, including an Olympic skating rink, a 25-meter indoor swimming pool, an ice rink, and an ice rink.athleticsetc. These facilities make this station a high place training center for high level athletes.

As for the ski area, there are no less than 46 slopes and its 500 snow cannons. It is one of the best equipped ski areas in Europe. You can find there 4 sectors suitable for all levels (Les Airelles, Pyrénées 2000, Les Aveillans, La Calme)

The snow vacations is not only about skiing and snow. That’s why the resort of Font-Romeu Pyrénées 2000 offers many activities that are not related to skiing. Paragliding, hiking, squash, tennis… the list is so long. But for different sensations, there are also other activities Original activities such as ice diving, hot air ballooning, etc. In addition, the monuments to visit are also numerous in this locality the Great Solar Furnace of Odeillo, the chapel of the Hermitage…). The restaurants at altitude are available to cook real mountain specialties.

The Font-Romeu resort in figures

The resort of Font Romeu is very rich in activities, especially in winter it offers activities like :

Ice rink Ice skating: take advantage of your stay to take ice skating lessons in one of the many ice rinks on the estate.

Climbing If you are a thrill seeker then have a high view of the area by climbing the mountains during the climbing activities.

Ski touring Two activities in one, ski along trails and tracks while exploring the area.

Sleigh ride Enjoy a guided tour on a sled pulled by dogs, so admire the nature and the spectacular surroundings of Font Romeu.

The resort of Font Romeu also offers many summer activities such as :

Mountain bike Vehicles are available on site so you can easily travel light, and survey the slopes of the resort safely.

Spa Spa: pleasant space that will allow you to relax and make treatments, so that you enjoy your stay even more.

Hiking Observe the local fauna and flora, geology, take advantage of the cable cars and organized outings to facilitate these discoveries.

Among the places you must visit in Font Romeu, we can mention castle font-Vidal, cave of font de Gaume, the museum without walls, park adventure font-romeu, heliodysée…

The resort of Font Romeu offers more than 3 restaurants among which we can mention : the (2) make the pair, the éterlou, Breton creperie…

Font Romeu offers a number of different accommodations such as domain of great font, new font, the Castle enchante…

The ski area of the resort of Font Romeu has a size of 41 kilometers, divided into 41 tracks. Among these tracks, the longest measures 3 kilometers and a Nordic ski track of 111 kilometers.

This domain has an altitude between 1650 meters and 2213 meters high.

Their packages start at 41 euros per day, and 203 euros per week.

No This resort does not have a bike park.

You can easily get there by being at the station of Latour de carol, Entveig//perpignan, shuttles also lead there.

The resort of Font Romeu is part of the office of bolquere Pyrenees 2000 It is located at Avenue du serrât de l’ours, 66210 bolquere, France

Yes, there is a webcam, which you can find at this web address https://www.altiservice.com/font-romeu-pyrenees-2000/webcams

You can find the latest weather report from the Font Romeu station at https://meteofrance.com/previsions-meteo-france/Font Romeu/66120

In Font Romeu, the ski lifts usually open the first week of December, until the beginning of April, but it all depends on the snow conditions of the massif.

Yes, it is at the address French ski school Pyrénées 2000

What is skidata.io’s opinion about Font Romeu?

In the end, skidata.io gives the average rating of 7.85/10 to the resort of Font Romeu, which places it in 41th position in France. Its strong points are size of the domain 9/10, average snowfall 9/10 and charm of the resort 8/10.