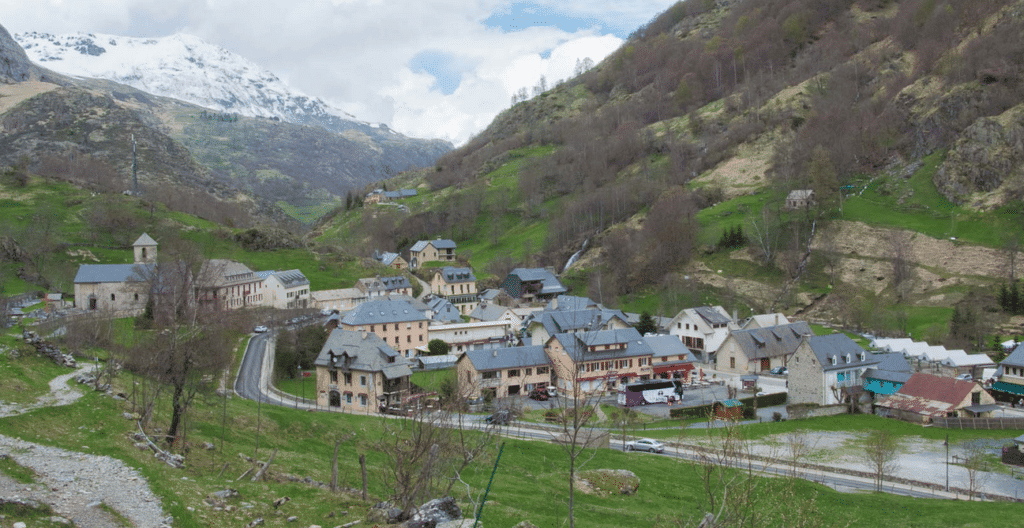 A magnificent village, at the foot of the Gavarnie creek

Gavarnie-Gèdre is a ski area inserted in the Pyrenees National Park. It is now part of the new commune of Gavarnie-Gèdre since January 2016. Thanks to its reputation, the Mont-Perdu massif is classified as a world heritage site by the UNESCO.UNESCO. With a double title of natural and cultural landscape, in 1997.

The station is placed in the Spanish borderjust 45 km from Lourdes. A few steps from the Cirque de Gavarnie (3000 m) and the cascade of Europe. It is a real natural work for those who appreciate the great outdoors.

A medium-sized resort with 29 ski runs

This commune of the Hautes-Pyrénées has 29 slopes all together, green, blue, red and black of more than 34 km of groomed snow slopes. The resort has the long green run of the Pyreneeswith a 6.5 km long descent. Each trail has fun routes for each level, from beginner to advanced. Located at an altitude ranging from 1850 to 2322 m, Gavarnie-Gèdre has seven ski lifts that you can reach in ten minutes, if you leave from the village of Gavarnie.

An idyllic place for the whole family

The domain is open to everyone, not just skiers. In fact, it is a wonderful destination for winter vacations or weekends for moments of relaxation and fun. In addition to the icy slopes, there are picnic open during the day.

If you come with the childrenChildren can take advantage of the play areas in the resort. A service point is available for any rentals or sales of equipment ski equipment. With the extent of the area, a free sledging track remains open at the foot of the slopes. You can also discover a a large cross-country ski trail up to 7.5 km long. To get the most out of it, it’s best to go by camper van. Indeed, the resort is a victim of its own success and is very busy in winter.

The Gavarnie ski area in figures

The resort Gavarnie – Gèdre is a very rich in activities, especially in winter it offers activities like :

Luge The toboggan run is located at the foot of the ski resort slopes, near the cafeteria. Free access under the supervision of parents.

Snowshoes Discover the pleasures of snowshoeing in magnificent landscapes while learning about mountain geology.

Downhill buoys In Gavarnie, on a buoy, you can go down a sledging slope or, depending on the snow conditions, on a slope specially designed for tubing.

Ski touring The ski resort of Gavarnie – Gèdre is like no other, you will discover a ski area on a human scale for your greatest pleasure.

The resort of Gavarnie – Gèdre also offers many summer activities such as :

Hiking Enjoy the joys of walking in the Pyrenean National Parks of Monte Perdido and Ordesa, among rare flowers and incredible animals.

Summer sledding If you like sliding and thrills, come down the summer sledging slopes 700m of descent with 8 turns, free for children under 6 years.

Playground Playground : games, swings … a field of fun for your little ones, in front of the town hall of Gèdre in free access under the control of the parents.

Among these places that you must visit in gavarnie-gèdre, we can mention cirque of Gavarnie, ski resort of gavarnie-gèdre, the breccia of Roland, via ferrata of coumely, gave of Pau….

The resort of Gavarnie – Gèdre offers more than 10 restaurants among which we can mention the waterfalls, restaurant the Mourgat oxygen, the plate at the edge of water…

The ski area of the resort of Gavarnie – Gèdre has a size of 40 kilometers, divided into 29 trails. Among these tracks, the longest is 6.5 kilometers and a Nordic ski track of 8 kilometers.

This area has an altitude between 1850 meters and 2400 meters high.

Their packages start from 17 euros per day.

No The resort of Gavarnie – Gèdre does not have a bike park.

You can easily get there from the Lourdes train station, you can also take a shuttle bus.

Yes, there is a webcam, which you can find at this web address https://www.valleesdegavarnie.com/hiver/webcams

You can find the latest weather report for Gavarnie – Gèdre station at https://meteofrance.com/previsions-meteo-france/gavarnie-gèdre/65120

In Gavarnie – Gèdre the ski lifts usually open the first week of December, until the beginning of April, but it all depends on the snow conditions of the massif.

Yes, it is at the address route de gavarnie,65120Luz-saint-sauveur, France

Map of the ski slopes of Gavarnie