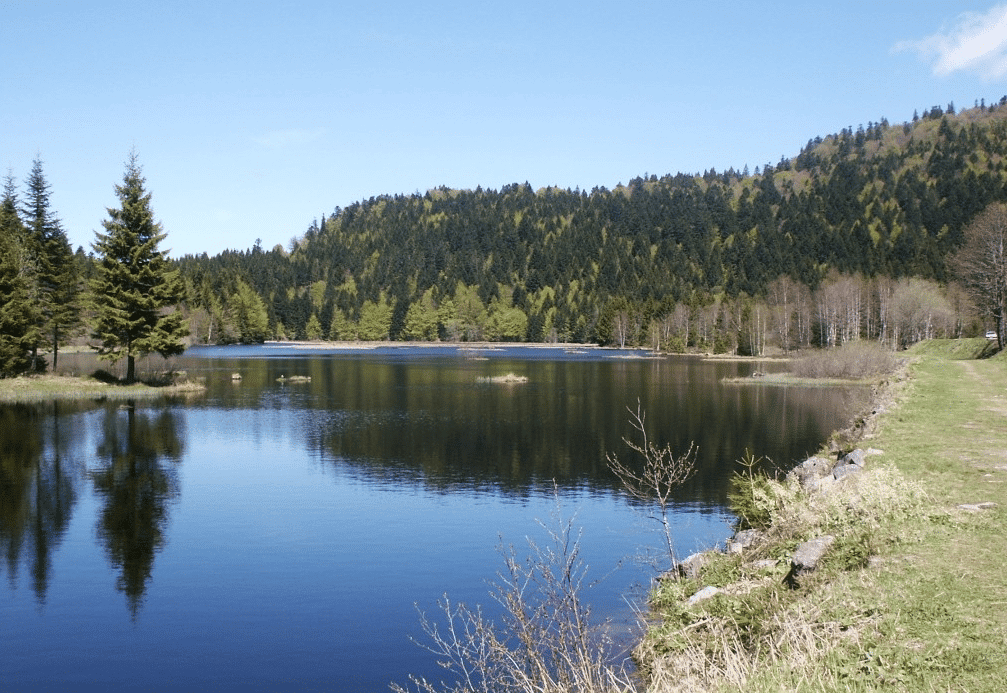 Lispach, a small ski resort in the heart of the Vosges

La Bresse is a commune full of cultural activities. It is an excellent destination for vacations. In addition to the various competitions organized every month, this commune also hosts a ski resort: La Bresse – Lispach. This resort welcome both couples and families large or a group of friends. Animals are even allowed. It is therefore a ski resort open to the public. In addition, a parking bus is present on this station to confirm this possibility to come and ski in group.

The dimensions of the Bresse-Lispach resort

The ski resort Bresse-Lispach provides several activities that blend with the landscape. The lake of Lispach attracts visitors in addition to the snow in winter. La Bresse, a mountain town of the Vosges Massif is the city that hosts this ski resort of 14 klm of skiable area.

At the top of this ski area, The altitude is 1,120 meters. With its 12 ha of snow culture, this ski resort allows you to enjoy skiing even more. Moreover, the total height difference of the area is 210 euros. On the other hand, this ski resort has only five lifts in all. These are five ski lifts.

The figures on the Lispach resort

The resort of La Bresse Lispach is a very rich in activities, especially in winter it offers activities such as:

Sledding: the resort of La Bresse Lispach offers 2 sledding runs so that you can have maximum fun.

Snowshoeing : thanks to this activity, you can discover the nature of La Bresse Lispach. You can observe its fauna and flora under the snow.

Nordic Skiing: this resort offers 50 kilometers of Nordic trails. This track will make the happiness of all the fans of cross-country skiing as well the amateurs as the professionals.

Alpine Skiing: it also offers you to do Alpine Skiing. You will be able to ride in complete safety and enjoy the unique sensation of sliding.

The resort of La Bresse Lispach also offers many summer activities such as :

Hiking: this activity will allow you to fully enjoy the nature of La Bresse Lispach. You will be able to admire its different landscapes, its fauna and flora.

Paragliding : you can discover the pleasures of heights and admire a unique and breathtaking view of La Bresse Lispach.

Climbing : this station not only offers climbing on natural sites but also indoor climbing. This makes this activity accessible to all, even those who wish to learn.

Mountain biking : the resort of La Bresse Lispach has no less than 80 kilometers of trails for mountain biking. You can enjoy this activity as much as you want.

Among the places you must visit in La Bresse Lispach, we can mention: Forest of Fachepremont, Lake Lispach, The Mountain of the Lamas, The Lake of the Crows.

The ski area of the resort of La Bresse Lispach has a size of 14 kilometers, divided into 8 trails. Among these slopes, the longest measures 2 kilometers. It also has a cross-country skiing area of 100 kilometers.

This area has an altitude between 910 meters and 1120 meters high.

Their packages start at 18 euros per day.

You can easily get there by being at the Epinal train station. Then you can take a Taxi or a Bus to get to the station.

The station of La Bresse Lispach is located in the department of Vosges.

The resort of La Bresse Lispach is part of the office of La Bresse. It is located at 2 Rue des Proyes, 88250 La Bresse France.

Yes, there is a webcam, which you can find at this web address https://lispach.com/webcam/

You can find the latest weather report from the La Bresse Lispach station at https://meteofrance.com/previsions-meteo-france/la-bresse/88250.

In La Bresse Lispach, the ski lifts usually open the first week of December until the beginning of April, but it all depends on the snow conditions in the mountains.

In the end, skidata.io gives the resort of La Bresse Lispach the average rating of 6.14/10, making it the 199th best place in France. Its strong points are: the cost of a stay, the charm of the resort and the rating of the users.

Map of the ski slopes of Lispach