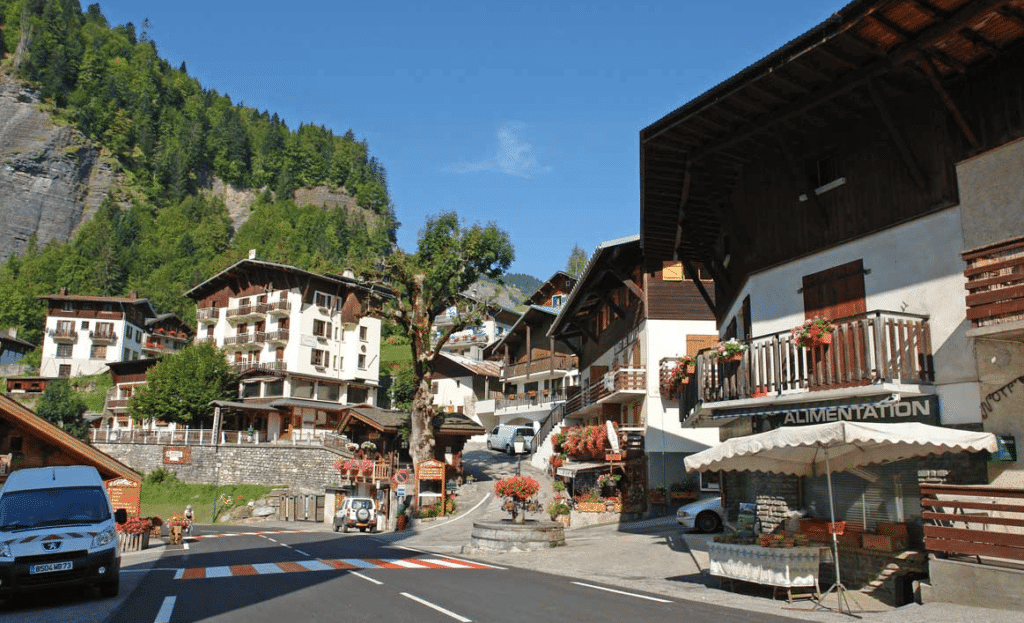 La Giettaz, a charming village to recharge your batteries

It is in the department of Savoie that is located this French commune, called La Giettaz, in the region Auvergne-Rhône-Alpes. It is a small mountain village of Savoie traditionalideal for resting, rejuvenating and exercising along the beautiful slopes. Alpine trails and hiking routes lead into the mountains amidst a soothing silence. The village is located at a altitude of 1150 mat the foot of the Aravis pass and chain, limit of the between Savoie and Haute Savoie.

La Giettaz is part of the ski areas of Portes du Mont Blanc with Combloux, Le Jaillet/Megève and Cordon. 100 km of mostly red runs are available, and are far from the lifts. In the vast Evasion Mont Blanc area, there are also 445 km of slopes spread over 6 resorts.

Thes tracks of the sector La Giettaz are exposed to the north-west and the 2 chairlifts Grande Rare and Tête du Torraz end on the top of the domain at 1930 m of altitude. The slopes of the La Giettaz ski area are linked and often far from the lifts.

The blue trail The Tréffléannaise returns to the station from Le Christomet (1853 m), and is suitable for all levels except beginners. The sector La Giettaz offers a snowpark and fun zones: a 900 m long boarder cross is located at the top of the TorrezThe park is located next to the snowpark and is composed of a beginner park and a pro park. The park of La Giettaz has an ecological touch, as it offers modules made of natural materials such as wood.

For the amateurs of rails, ramps and halfpipe, a special formula is proposed : 2 ascents on the chairlifts Tête du Torraz and Grande Rare. The Giettaz also has a Nordic ski area: a loop that goes deep into the forest, in alternative and skating, offering 6 km in total. The access to these tracks Access to these Nordic ski trails is free.

The resort of La Giettaz in figures

The resort of La Giettaz is very rich in activities, especially in winter it offers activities like :

Dogsledding This activity will allow you to discover La Giettaz in the company of beautiful and faithful sled dogs.

Snowshoeing excursion Thanks to this activity, you can fully enjoy the nature of La Giettaz. You can admire its landscapes, its fauna and flora.

Sledding Sledding : this fun activity accessible to all is perfect to enjoy the sensations of sliding. You will not miss to have fun while participating.

Mountain biking in the snow This activity will allow you to enjoy the relief and the snow of the resort. You can ride down the slopes and hills on your mountain bike and enjoy unique sensations.

The resort of La Giettaz also offers many summer activities such as :

Paragliding Paragliding : this activity will allow you to take height and especially to benefit from unique panorama on the station.

Hot air balloon This activity will allow you to take height and admire unique panoramas of all La Giettaz.

Hiking Thanks to this activity you can discover the nature of La Giettaz in summer. It will allow you to admire it in all its splendor.

Laser Game Laser Game: This activity is perfect for all those who love war games. It will allow you to experience real adventure emotions and you will need strategy if you want to win.

Among these places that you must visit in La Giettaz, we can mention : The Cascade du Dard, Aravis Pass, The Avaris Chain, the Church of Val d’Arly.

The resort of La Giettaz offers more than 30 restaurants among which we can mention : La Chalet Savoyard, The Aravis Gate, Bistro Les 2 Mules.

La Giettaz offers a number of different accommodations such as the Hotel Flor’AlpesThe Chalet Des Rhodos, Between Earth And Sky.

The ski area of the resort of La Giettaz has a size of 442 kilometers, divided into 66 trails. Of these runs, the longest is 5.6 kilometers. It also has 2 kilometers of cross-country ski trails.

This area has an altitude between 1200 meters and 1930 meters high.

Their packages start at 45 euros per day.

No, it does not have a Bike Park.

You can easily get there by being at the station of Sallanches-Combloux-Megère. Then you have to take a Bus or a Taxi to get to the station.

The resort of La Giettaz is located in the department of Savoie.

The resort of La Giettaz is part of the tourist office of La Giettaz en Aravis. It is located at 1262 Route du Col des Aravis, 73590 La Giettaz, France.

Yes, there is a webcam, which you can find at this web address https://www.valdarly-montblanc.com/fr/hiver/stations-village/la-giettaz-en-aravis/webcams/

You can find the latest weather report from the La Giettaz station at https://meteofrance.com/previsions-meteo-france/la-giettaz/73590.

In La Giettaz, the ski lifts usually open the first week of December, until the beginning of April, but it all depends on the snow conditions of the massif.

In the end, skidata.io gives the average rating of 7.71/10 to the resort of La Giettaz, which places it among the 54e French ranks. Its strengths are : the average snowfall, lhe size of the domain in relation to the rates, the ski area.

Map of the ski slopes of La Giettaz

Note that the resort is close to Les Contamines, Saint-Gervais and Megeve, in the Evasion Mont-Blanc domain.