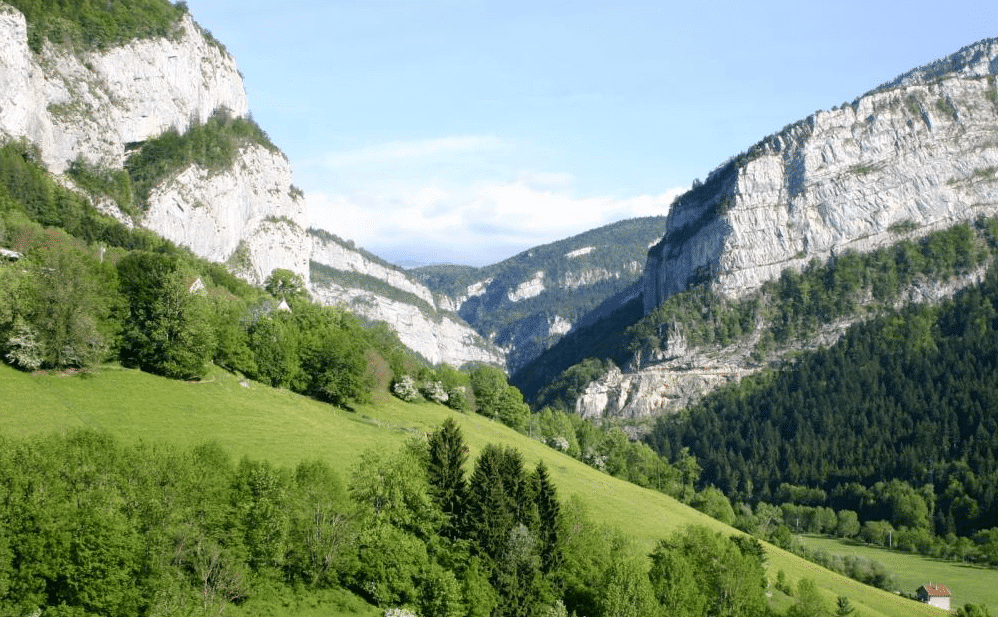 Les Coulmes, a high altitude village, in the Chartreuse massif

In the Vercors regional park, les Coulmes remains a place that settles in the center of nature. It is located in the region of Auvergne-Rhône-Alpes in the department ofIsère. The beauty of the forest is especially appreciated by the visitors. The plateau of Coulmes covers an area of 16 km2.

The snow is abundant in winter in this region. In contrast, during the summer seasons, the sun remains prominent. The climate in the Coulmes is thus moderated by the absence of pollution and the presence of trees.

With some ski slopes

If there is one thing you should appreciate about your passage in the Nordic domain of Les Coulmes, it is without any doubt these tracks. You can realize two styles of sliding including: skating and classic. On both sides of the Mont Noir pass, you can stroll quietly. The landscape is just perfect. You can even take ski lessonsif you are a beginner in this sport.

A resort surrounded by fir trees

With the activities that are accessible in the Col de RomyèreThe whole family can have fun. Indeed, the various attractions are there to make your stay unforgettable. The snow is there to entertain you on the 6 slopes of the resort.

The Coulmes You can also enjoy a magnificent view on the forest. You can ski on the 50 km of slopes which overhang the domain. With your family, your partner or your friends, you can realize your dream vacation.

The Coulmes resort is a very rich resort in activities, especially in winter it offers activities like :

Luge This activity is accessible to all and will allow you to enjoy unique sliding sensations. It will also allow you to spend good times with family or friends.

Ski Skiing : this resort also offers you to ski. You can take advantage of its snow and its slopes to do cross-country skiing and even downhill skiing. It has 55 kilometers of cross-country ski trails for even more fun.

Snowshoe hikes Snowshoeing : this activity is particularly emphasized in this resort. Indeed it has many routes with levels of difficulty for all. It offers no less than 33 kilometers of trails for your hikes.

The Coulmes resort also offers many summer activities such as :

Climbing Climbing : this activity is perfect for all those who are looking for thrills. You will have the opportunity to climb the cliffs of Presles. In addition, this activity will give you access to a unique panorama of the entire resort and its surroundings.

MOUNTAIN BIKING Mountain biking : this activity will allow you to take full advantage of the relief of the resort. You will also have the opportunity to admire its different landscapes.

Hiking This activity will allow you to explore the resort and its surroundings. You will have the opportunity to discover its different landscapes, its fauna and even its flora.

Canyoning in the Ecouges This activity will allow you to take full advantage of the site of the Ecouges. Moreover this activity is accompanied by professionals for more safety.

Among these places that you must visit in Les Coulmes, we can mention : The Gorges of the Bourne, The Vercors Regional Park, The Canyon of Ecouges, the Val de Rencurel.

The resort offers more than 58 restaurants among which we can mention : the Café Brochier, Chez Mamie, Creperie de l’Ours.

Les Coulmes offers a number of different accommodations such as the Hotel Cœur des Montagnes, the Logis Auberge des Montauds, the Farm of the Bearded Wood.

The ski area of the Coulmes resort has a size of 6 kilometers, divided into 8 trails. Among these runs, the longest is 0.6 kilometers. It also has 50 kilometers of cross-country ski trails.

This area has an altitude between 1064 meters and 1463 meters high.

Their packages start at 9 euros per day.

You can easily get there from the Grenoble train station. Then you will have to take a cab to get to the station because it does not have a shuttle.

Les Coulmes ski resort is located in the department of Isère.

The resort of Les Coulmes is part of the tourist office of Saint Marcellin Vercors Isère. It is located at Avenue du Collège, 38160 Saint Marcellin, France.

Yes, there is a webcam, which you can find at this web address https://coulmes-vercors.com/.

You can find the latest weather report for the Les Coulmes station at https://meteofrance.com/previsions-meteo-france/presles/38680.

In Les Coulmes, the lifts usually open the first week of December, until the beginning of April, but it all depends on the snow conditions of the massif.

Yes, it is at the address Col de Romeyère 38680 Rencurel.

Bottom line, skidata.io gives an average rating of 6.14 to the resort of Les Coulmes, which places it in the 202th position in France. Its strong points are: the cost of a stay, the evaluation of the Internet users, the charm of the resort.

Map of the ski slopes of Les Coulmes